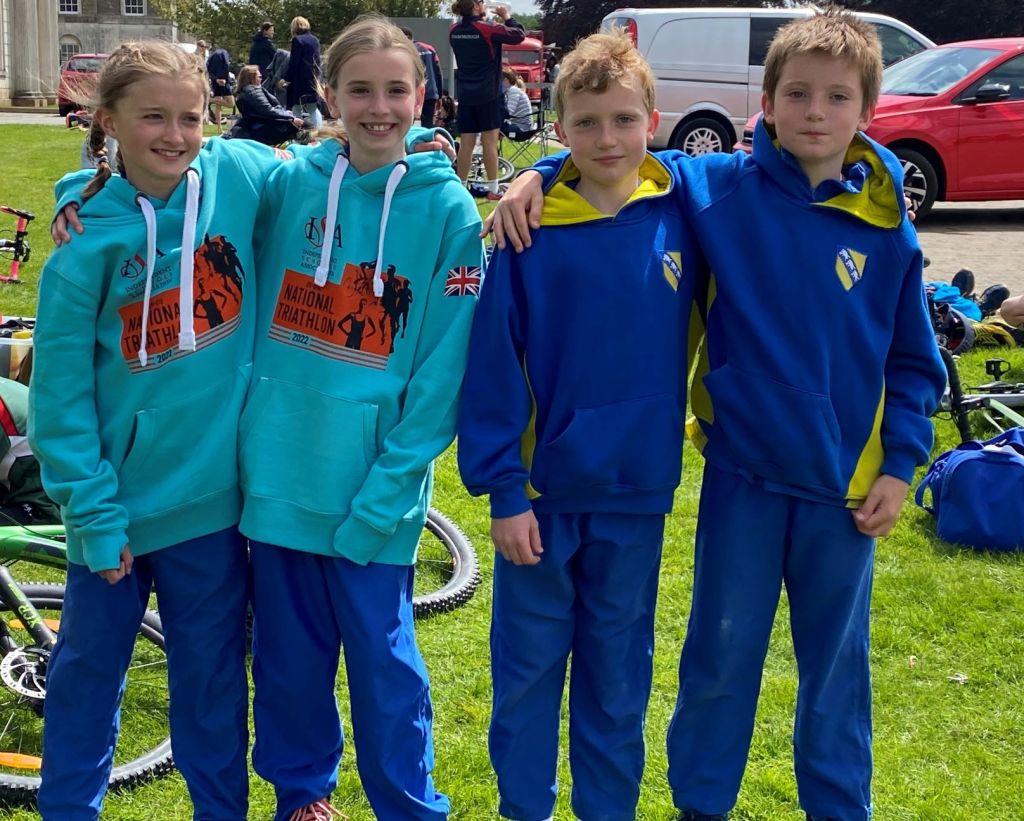 On Friday 13th May, four children, along with their families, made the trip to Ipswich High School for the National Triathlon. At this competition the children came up against schools from all over the country, as well as strong club and county competitors. The children competed in the TriStar2 competition, which was made up of a 200m swim, 3km cycle and a 1.8km run.

The first job when we arrived, was to get our transition areas set up. The children put their bikes into racks, laid out their towel, placed chalked up trainers and ensured their helmet was the correct way up, all to make the transitions as quick as possible. As we then walked the course to get familiar with the terrain and route, we knew it was going to be a testing race. The run looked particularly challenging with some steep hills and narrow paths for them to navigate through.

Following a slight delay, the St Margaret’s children went into the pool to race against 50 others in their respected groups. Mya was set off first, followed by Louis, Max and then Heidi. Results of the swim were:

Next, they had to transition and then hop on the bike and complete 3km. With Heidi having the quickest first transition of the entire race (30seconds) she was in a great position starting this section. She was that quick transitioning I actually completely missed her come through. The results for the bike were:

Next, it was their second transition. They had to hand their bike up, take their helmet off and get started on the third section which was the 1.8km run. Mya had a great transition 2 completing it in 20 seconds which was the second fastest in the entire race. The results of the run were:

All of these times, plus the transitions, meant that St Margaret’s came away with some brilliant results! Max and Louis were two of the youngest competitors in this category so for them to finish 23rd and 10th is a massive achievement and puts them in a great position going into next years triathlons. On the day, Mya picked up the bronze medal in the girl’s group which we were over the moon about and so proud of. Heidi is an outstanding triathlete and there was no doubt on who was going to come away as national champion! Well done Heidi.