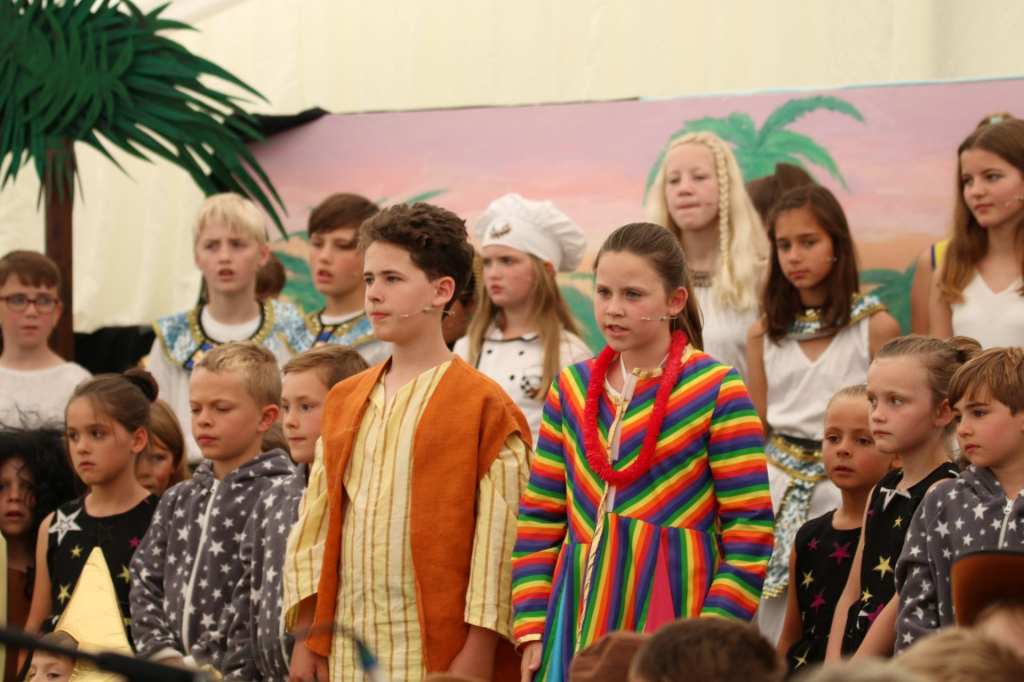 Over 200 St Margaret’s School pupils staged their own end of year interpretation of Joseph And The Amazing Technicolour Dreamcoat, commemorating the 50th anniversary of the original concept album.

All the music, acting, singing and staging was performed by children from nursery to year 6, with Year 6 pupils taking on the lead roles. The band was drawn from our school musicians and with three-part harmony vocals, the pupils and staff put thousands of hours of rehearsal time for the two performances of the show at the end of term.

The original music was written by Andrew Lloyd Webber and Tim Rice and presented at what is now St Paul’s School in London, where Lloyd Webber’s family friend was the music teacher, with a recording and music published by Decca in 1969. A limited run 50th anniversary West End production opened on 27th June 2019 at the London Palladium starring Jason Donovan and Sheridan Smith.

This ambitious project really showed off our talented pupils and staff which enthralled audiences at Speech Day. Special thanks to Mrs Morgan and Mrs Gray for creating and rehearsing this production and to Mrs Washington, Mr Coolbear and Mrs Howells for the costumes, props and set. Best of all, the children thoroughly enjoyed playing their part to the best of their abilities. It was a wonderful showcase for the school.