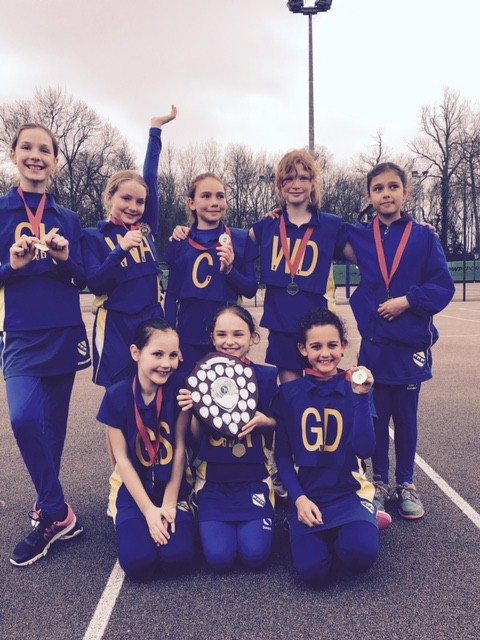 The New Hall Netball tournament is notorious for its high standards of Netball and today was no exception.

St. Margaret’s were drawn in Pool A and faced our first opponent, New Hall ‘A’ team.

As always the first game is always a little scrappy. Both teams were still warming up and as the game progressed the match became more exciting. The defence had their work cut out for them and the shooters needed to convert. The girls kept their cool and managed t secure their first win of the day 6-5.

Our next game was against Elm Green. Again the girls did not get off to the best of starts and made things very difficult for themselves. Their passing was not as accurate as it could have been, their catching was poor and movement was non-existent. The first half ended and a good team talk settled the girls. The second half was much better and the girl really got themselves together. Much improved passing, movement and catching helped us to secure another win 8-5.

With a short break for lunch we were feeling rested, we had refuelled and we were back on the court again. This time we were against Widford Lodge and the girls were like a completely different team, they were confident and alert. Our girls were in control of the game and were unstoppable, passing, moving, catching, shooting and defending were seamless. The girls secured an impressive in of 17-2.

The final match was against Holmwood House. Earlier on in the tournament they had drawn with New Hall so we knew that they would be a tough team. However, having secured a previous win, the girl took everything in their stride and really played out of their skins. They played as a team and supported one another. This helped us to secure another convincing win of 12-5.

Finishing top of our Pool meant we were heading to the semi-finals. We had found ourselves in the same place last year, however this time the results were much better. We were playing against the 2nd placed team in Pool B, which was Alleyn Court. The girls continued to impress me and work together as a team. They secured an impressive win of 11-1 and were heading to the finals. The other semi-final was against New Hall ‘A’ and Chigwell, whoever won this match would be our opposition.

New Hall pipped Chigwell to the post and we were playing them again, this time it was in the final.

In the final the first half was very even, both teams playing well and intercepting the ball but not able to convert. Both teams had a strong defence that was hard to break through and at the end of the first half the score was 1-1. Going into the second half, the girls intercepted the ball from New Hall and converted. It was then our centre pass and we converted again putting us in the lead by 3-1. However, we still had plenty of time left to play. New Hall scored some goals, we scored some goals, New Hall scored again and then had possession of the ball for what seemed like forever. The final whistle went and we had lost track of the score. After a short wait the score was confirmed that St Margaret’s had won 4-3.

An excellent day for the girls, they showed so much determination throughout the tournament. The parents and grandparents were there in force again and really do make a difference to the girls moral. Thank you girls for listening to coaching advice and always wanting to do your best, you make me proud.

To the parents and grandparents, thank you. You cheer your hearts out for the girls and are an amazing support for them. It was lovely to see such emotion from everyone after the finals, a well-deserved 1st place for you all.

It is so hard to choose a player of the tournament as all of the girls were amazing, however one girl played the best I had ever seen her play. She oozed confidence, her shooting was on point and her movement was exceptional. Well done Scarlett.