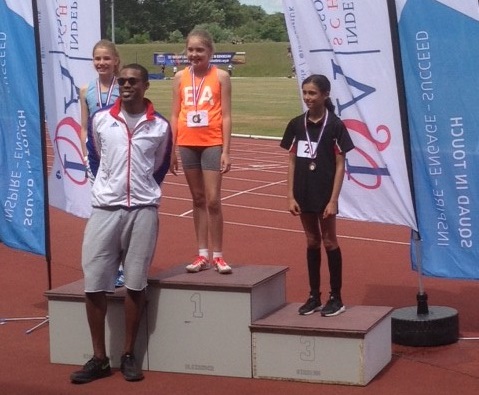 St Margaret’s are absolutely delighted to have two National Athletics Champions this year!

Roberta was also awarded a bronze medal in the Year 5 girls’ 75 metre Sprint, and the Year 5 girls were involved in a photo finish for Silver in their hurdles race – narrowly missing out by 0.02 of a second to win the bronze. A very exciting race.