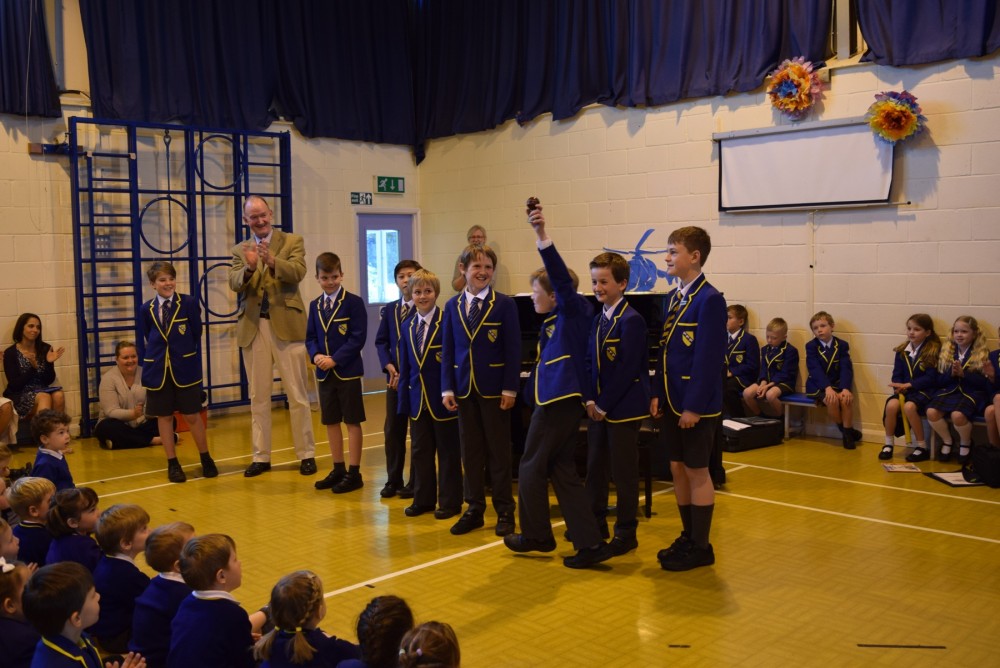 Wednesday 25th May saw the deciding match in the Felsted vs St Margarets’ Under 11 B “Ashes”. The three match series has been a tradition for a number of years now with a magnificent trophy on offer and, having lost the first and won the second game, the title was in the balance. Under leaden skies at Felsted Harry lost the toss and we were invited to bat. Harry and Joe started steadily then Bertie, Shaun, Will and Thomas consolidated well. Aaron and Max hit the accelerator towards the end, then Harry and Joe came in for a frenetic over of aggressive but ultimately successful calling and running and we were able to post the very creditable total of 74 for 4 off fifteen overs.

Felsted started their innings quickly with their stronger batsmen hitting regular boundaries, but crucially the St Margarets’ fielders held their nerve, stopping vital boundaries and holding their catches. The home side were always ten runs or so ahead of the rate however and the fourteenth over started with Felsted on 70 with wickets remaining. Thomas came on and bowled tidy line but the opposition had crept to 72 when their batsman hit his wicket – minus five in this form of the game! Seven to tie and eight to win off the last over. Joe was chosen to bowl at this nail-biting moment and he showed great control. Felsted gathered three of the first five balls and the last ball of the series arrived with the opposition needing four to tie and a six to win. The ball was hit, up it went…. and the catch was held!!

Cue general delirium, sportsmanlike handshakes and tea. One of those precious days when cricket is the best of games. Congratulations to the boys, in particular for maintaining their concentration all the way through. All those early morning practices paid off!